A lot has changed on Cape York since my first trip, as we discovered on our latest trip to the Tip. It had been two years since I was up there — and that's the longest break I've had from the peninsula since I started going there more than 40 years ago.

That first trip to the Cape was to paddle the Mitchell River from near its source to Gamboola Station, where the mighty stream begins crossing the vast Gulf Plains before entering the sea near Kowanyama. Professional croc hunting had just come to an end in Queensland and although we saw a few crocs they were small and very, very flighty.

Now the crocs are much more common, a whole lot bigger and completely fearless of man; I don't think I'd paddle a canoe on too many streams on Cape York now, if any at all. Having said that, during the early 1990s, we paddled the Jardine, Eliot, and Dulhunty Rivers. In our backpacks we carried inflatable canoes to the source and onwards to where the water was deep enough to paddle down to the sea — and had some impressively scary run-ins with big crocs on each trip. 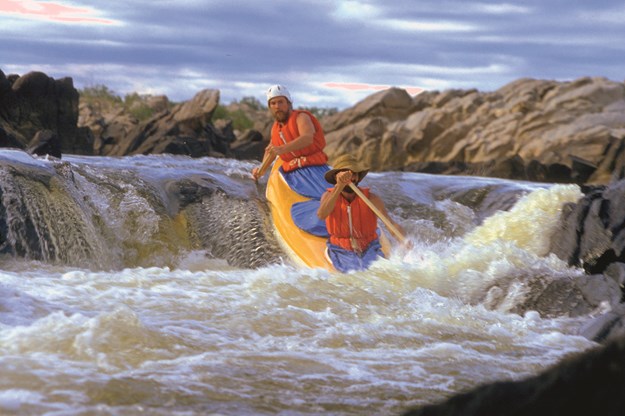 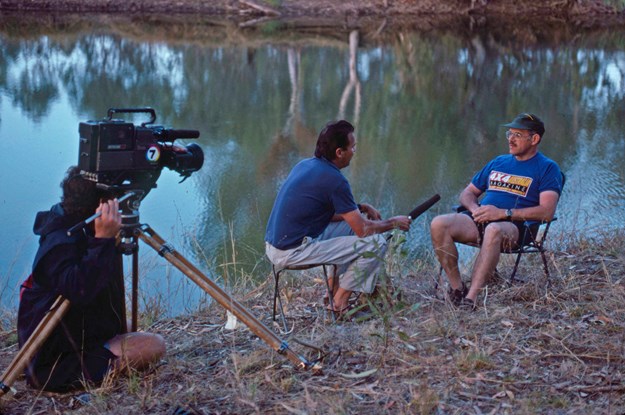 In 1980 we made it to the top of Australia for the first time and stood on the wave-washed rock at the tip of the finger of land that points unerringly towards New Guinea.

Preparing for the Cape always takes a lot of forethought and that was especially true on on this particular jaunt of mine. I had built a camper trailer (there were few, if any, commercial manufacturers back then). I started with an old telecom works trailer, added LandCruiser springs, hubs and wheels, and generally strengthened the chassis to carry a small motorbike.

On the top of the ol' 47 Series Cruiser we strapped a canoe and our kid's trike, along with an old fuel tank that was gravity fed to the main tank. Snorkels were unheard of in those days and so was a ferry across the mighty Jardine. We rigged up some plumber's pipe to act as a snorkel on the days we crossed that imposing, magnificent waterway.

Still one of our most memorable trips up to the Cape was in 1989, a cross-country trip following the route of the 1864 Jardine expedition. Along with us was Grahame Jardine-Vidgen, the grandson of Cape York pioneer Frank Jardine.

That trip had so many indelible moments I could almost turn it into a book. It was also my first experience with TV and video, as we had a film crew from Channel 7 doing 'live' crosses back to the evening news around Australia — the live crosses being 24 to 48 hours behind due to the vagaries of satellite feeds from the bush in those days.

In 1999 we had yet another great cross-country trip, where we paralleled the west coast from south of Weipa to the Pormpuraaw Road with our good mate and local Cape York maestro Peter Ikin. We crossed some major streams, waded through swamps and ploughed through spindly scrub for kilometres; it was a tough trip, but for everyone it was an unforgettable adventure!

Of course, on other occasions, we took fishing charter trips along the east coast and dive jaunts along the Great Barrier Reef and out into the Coral Sea. Other times, we chased feral pigs through the swamps, went looking for old gold mines and relics, tramped through the scrub with the Trezise family in search of forgotten Aboriginal art, and wandered beaches looking for the remains of lost WW2 aircraft or for the nests of turtles alongside Aboriginal rangers.

It didn't seem to matter what our focus was, or how varied our adventures — the Cape always delivered in spades, in terms of both experiences and the lessons it can teach you. It can be that way today, too; you just gotta look beyond the OTL track and the very tip.

Adventures still await you on the Cape. We'll be up there next year, once more adventuring, and doing something just a little bit different and out of the ordinary. We hope you will be doing the same!