If you’re into history and are keen to immerse yourself in vast wilderness, why not follow in the footsteps of European settlers.

A couple of weeks back, I was lucky enough to be interviewed by Ricko for his Australia Rediscovered series where he interviews people about following in the tracks of our early explorers as a great way of seeing the country.

Indeed, it is a top way of not only discovering our own fabulous country, but of learning about the history of the explorers and the settlement of the continent that became the nation of Australia. And you see some wonderful places and meet some amusing and entertaining people at the same time.

It’s something we’ve been doing in our travels for a long, long time and maybe that focus is due to the fact that my great-great-grandfather travelled with Charles Sturt in 1844, searching for an inland sea. In fact, old James, who was my early kin, was in charge of the boat that the intrepid leader took with him on his search for that great body of water which Sturt hoped to sail upon. While they lugged the craft as far as Fort Grey in today’s Sturt NP and then back to Depot Glenn just north of present-day Milparinka, the old boat never got its keel wet. 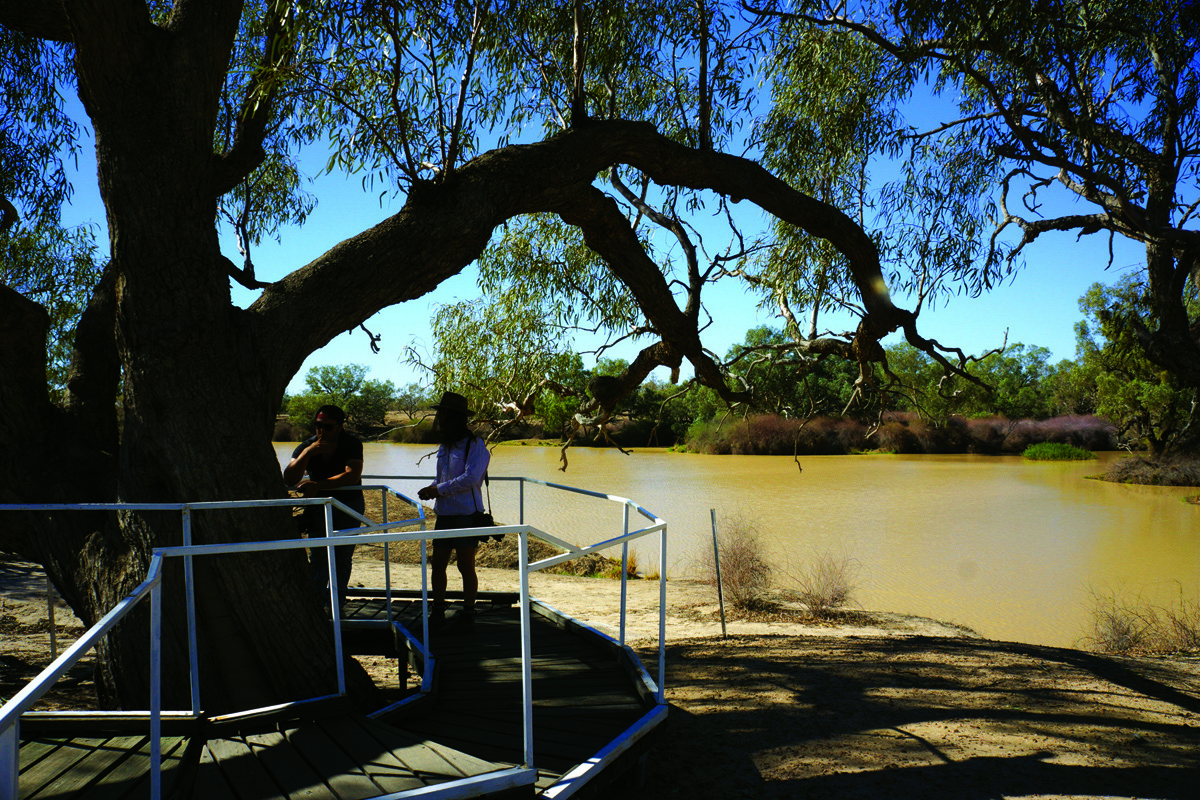 Following the Murrumbidgee to where Thomas Mitchell camped in 1836

In the case of the interview with Ricko we yarned about Ludwig Leichhardt (to listen, see Season 1, Episode 2, on his YouTube channel ‘Australia ReDiscovered with Ricko’) whose first expedition from just north of Dalby in SE Queensland to Port Essington on the Cobourg Peninsula in the Northern Territory was his most successful. His second journey was a complete farce, while his third has gone down in history because somewhere in the vast inland he and his men simply vanished. Disappeared. Gone. Evaporated into thin air!

But ol’ Ludwig’s first trip is worthy of a movie and certainly worth following. It’s an enthralling way to travel from southern Queensland, north to the Mitchell River on Cape York before swinging west and following the coast of the Gulf of Carpentaria to cross the Roper River at the Roper Bar (where Ludwig crossed) and then head up through Kakadu and onto Cobourg Peninsula. The settlement at Port Essington, which was ol’ Ludwig’s goal, can be visited today by boat from the camping area at Black Point where travellers can pitch their tents or set up camper trailers.

Of course, arguably the most famous explorers in Australia are those of the 1860 Burke and Wills expedition. Following their route from Melbourne to the Gulf of Carpentaria not only takes you across the whole continent — it also takes you through a vastly changing landscape. Visiting towns and locations along the way will really bring the trials and tribulations of that original journey to life.

Or you can follow the route of Cecil Madigan’s 1939 trip across the northern Simpson Desert, or the trailblazing efforts of Alfred Canning when he mapped and constructed his stock route between Wiluna and Halls Creek back in the early 1900s.

Or, if you don’t want to do such a big trip, you can choose to follow Lieutenant Thomas Laycock’s 1807 journey that linked the two disparate and remote British settlements of Hobart and Launceston, by blazing a route across the Central Tablelands in Tassie. Then there is Hume and Hovell’s trek from south of Sydney along the western edge of the Great Dividing Range to Geelong, or Allan Cunningham’s journey from Bathurst north along the ranges to present-day Inglewood and Warwick in southern Queensland.

It doesn’t matter where you want to go in this vast land, with a bit of research you can always find an explorer who headed that way and follow in their wake.

Over in WA there are the short journeys of John Septimus Roe and AC Gregory who opened up the country between Esperance, Albany, Perth and as far north as the Murchison River.

In South Aus you have Eyre’s journey through and along the Flinders Ranges to take you to some of the best desert mountain country around, while further north some of the most trying explorations undertaken in the whole continent can be followed. Men such as Giles, Warburton, Forrest and others blazed their way across the unforgiving wilderness in search of grazing land, minerals and fame, splashing good ol’ English names across the ancient landscape.

Anyway, I reckon it’s a thought-provoking and often action-packed way to explore our country, so get out there, pick your favourite explorer and follow in their footsteps!