When I first met Aboriginal Tour guide Graham Clarke outside the Harry Nanya Tours office in Wentworth, he greeted me with a smile as broad as his Akubra hat and said, “Wunnabunnabidja mate”. We both got caught up in other introductions, so I didn’t get a chance to ask what it meant. But I liked the way it sounded: quintessentially Australian yet in two different tongues — from two distinctly different worlds. I would soon understood why.

I was there on a photography assignment for Tourism NSW, and Graham was our local guide. He was introduced not only as a fantastic naturalist, but also a bloody good didge player and story teller. We were soon on our way to Mungo National Park and it didn’t take long for Graham to display his expert knowledge of the local flora and fauna, describing many of the species in both English and his traditional Paakandji tongue.

As we meandered through the sandy tracks of Lake Mungo, stopping at times for photo opportunities, Graham enthusiastically pointed out the natural features of the landscape. It was clear he had a true passion for the country and for stories of its past, which he occasionally drew with his fingers into the ancient sands. 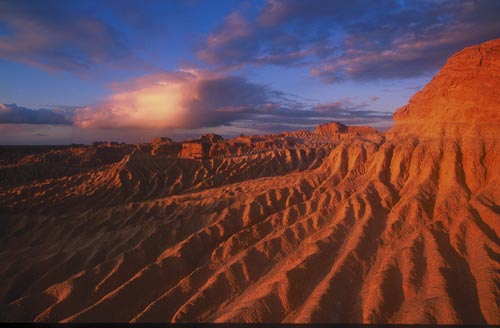 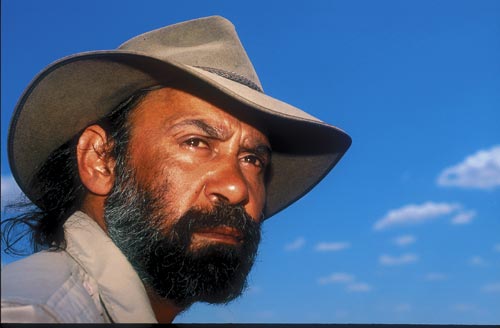 Later that day, with the last slither of sun glinting on the horizon, Graham began to play me a story on his didge. He cast a strong silhouette on the shores of Lake Mungo as the resonate sounds echoed back from the Walls of China where his ancestors had thrived for tens of thousands of years. The evocative drone hung on the still twilight air — a song of generations past and of blood family gone but not forgotten. It was a poignant moment, though it wasn’t until the first stars began to appear and we called the photo shoot a wrap that I began to appreciate how so in the case of Graham’s own story.

Back in the car park, Graham and I sat talking beneath an increasingly dense blanket of stars for the next few hours. The fridge was well stocked, we had plenty of food and we all relaxed after a long day on the road. Graham’s knowledge of the stars was impressive and as we sat contemplating the universe, the conversation turned to our own respective journeys through life. It was here I learned that Graham had in fact spent a good deal of time away from his birth country and from his natural family. Graham was in fact what is commonly referred to as a “stolen generation fella”.

Born in 1963 at Broken Hill and growing up in Roto community near Hilston and Wilcannia in south-west NSW, Graham can remember his mother and father as well as other relatives speaking in Paakandji. After his father died when Graham was about 10 years old, however, that sense of family and familiarity would be lost for many years.

One of nine kids, Graham and his four brothers and sisters were separated from their mum and sent to boarding homes. The boys were sent to Sunnyland Boys home in Alstonville in northern NSW and the girls to a similar institution in Orange. He took on a parental role for his two brothers as he tried to cope with the stress of adjusting to his own new world.

Being picked on as the new kid — not to mention an Aboriginal — life was tough in the schoolyard and on the street. His adoptive parents, John and Beb Bell, were very supportive throughout this difficult period, nurturing his interest in music, natural history and geography at school, and helping to keep him on the straight and narrow. He had little contact with his blood family during this time and lived in a surreal world, caught between cultures, not really belonging to one or the other.

It wasn’t until after Graham left school at 16 that he learned his natural mother was ill. He travelled on a train to Albury, where he’d planned to stop over with cousins on his way to see her. Sadly, he arrived to learn of her passing. It was a devastating blow to have begun his journey home only to miss seeing his natural mother again by a day’s travel.

Distraught and restless, Graham lived with his cousins in Albury for the next two years while he tried to reconcile his young life. Deciding to move to Wentworth in 1994, he enrolled in a community education and employment program and soon began to gain a better appreciation of the area’s natural history and environment.

It was during this time, which Graham describes as his home coming, that he was able to learn from his Aunt Sarah and cousin Badger — both respected archaeologists — as well as many other members of his family who had been lost to him. They “learned him up” and gave him a sense of family and connection, which had long been missing. Graham soaked up everything he could about his people and the country that had been denied to him for so long.

Putting his new-found skills and enthusiasm to good use, Graham began working as a guide for Harry Nanya Tours, which was a joint initiative of the local Aboriginal community and the NSW National Parks Service.

Running trips in south-western NSW, mostly including Mungo National Park, Graham could indulge in his thirst for knowledge and relish in the opportunities that came with travel and contact with new people.

His skills as a communicator soon developed and as his knowledge of his country and people grew, so did his services as a guide. He began to take on an active role as a liaison between local elders, National Parks and other government bodies on tourism and other local issues.

With a growing profile, and an active role in community affairs, soon Graham was coming to the attention of Tourism NSW, which recognised his many talents. Before long, he found himself working as an ambassador for Indigenous tourism and playing his didgeridoo at Tourism NSW events.

Which brings me to how we came to be sitting in a car park which had once been part of a giant lake system where Aboriginal people once flourished. Our respective involvements with Tourism NSW had allowed our paths to cross and for the genesis of a new friendship and understanding to begin.

For me, hearing such a compelling first-hand account of a man who had rediscovered his heritage was a moving experience. Remarkably, while Graham will always bear the emotional scars of separation from his family, he is not at all bitter about the experience and instead sees his past as providing opportunities which he may not otherwise have had.

He pointed out many of the kids he grew up with had not coped as well in life, affected by poor literacy skills, unemployment and other social problems which are sadly common among many Aboriginal people.

In these times of reconciliation between Aboriginal and non-Aboriginal Australians, Graham personifies someone who bridges the past and present. Despite all the pain, he’s moving forward and is excited by the future. I feel a sense of privilege to be trusted with his story and happy for our ongoing friendship.

Many years had passed since Graham and I first met under the stars at Mungo and I recently had the chance to visit him again, on assignment for CTA.

“Wunnabunnabidja,” he said to our small group when we arrived. I hadn’t heard Graham say it since our initial meeting and I finally quizzed him as to its meaning.

“Welcome to my place,” said Graham. It finally occurred to me this Paakandji expression truly echoes his full-circle experience.