We take a look at Australia’s geological trajectory, from a partly submerged continent, to one big snowball, to the mineral-rich continent of today.

About 600 million years ago, Australia’s east coast lay along a roughly north-south line from Mount Isa in northern Queensland, down through Broken Hill and into western Victoria.

The existing continent to the west of this line was very old, even then, meaning it contains some of the oldest rocks in the world, some dating back nearly four billion years. This Aussie heartland is so rich in deposits of minerals such as iron ore because of this lengthy gestation period – but that’s a story for another day. 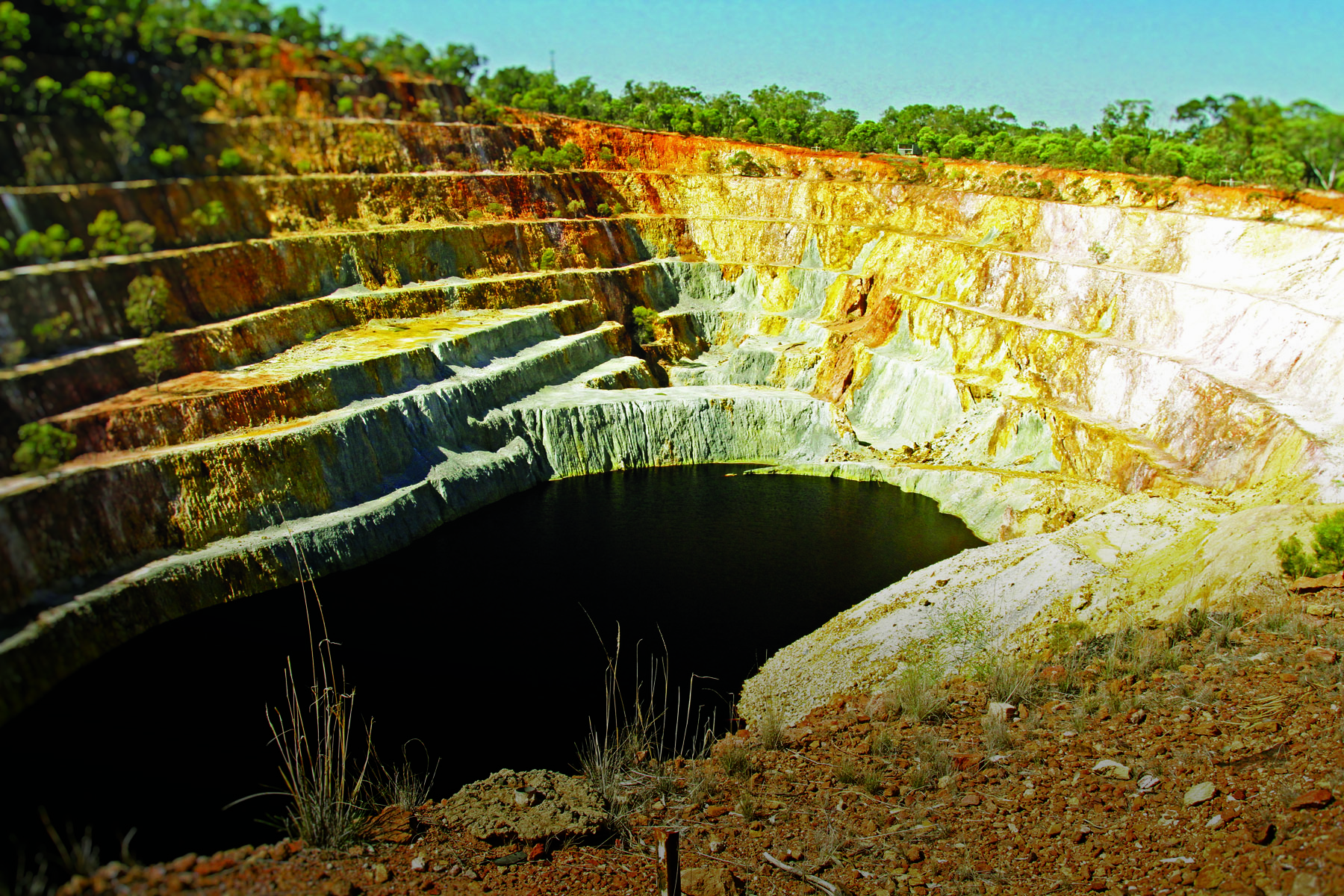 At the time, about 600 million years ago, the earth had only recently come out of a much extended ice age, lasting as long as 15 million years. That’s a true marathon compared to the more recent cyclical ice ages, which have generally lasted just a few tens of thousands of years. During this saga, ice appears to have been pretty much over the entire globe, rather than in just higher latitudes; hence it’s known as Snowball Earth.

At the time, the equator intersected roughly with the Pilbara in north-west Western Australia, crossing the continent diagonally to midway across the Great Australian Bight. This is not because the equator has moved; rather, it’s the result of the continent moving around rotationally and latitudinally.

We know all this from a study called palaeomagnetism. The crucial data for this study is preserved in the rocks – magnetic particles trapped in molten rock align themselves with the earth’s magnetic field at the time, before the rocks solidify. So, by studying the alignment of these particles we can determine the orientation and latitudinal position of any portion of the earth’s surface.

The process by which these large sections of the earth’s surface are moved around is called plate tectonics. This moving and shifting is caused by the upwelling of molten material along lines of fracture, mostly in the oceans, pushing away the rocks on either side. Where these plates meet we get earthquakes, volcanic activity and usually either uplift of some rocks (such as the Himalayas in northern India) or the driving down of one set of rocks (usually the heavier oceanic crust) beneath another (usually the lighter continental crust).

Australia sits near the south-east margin of the Indo-Australian tectonic plate. As such, it has at times been subject to the pressures of tectonic plate accumulation and pressure along its east coast. During the subsequent 400 million years after the aforementioned ancient glaciation, the ocean along the east coast became very shallow. ‘Microcontinents’, or what we would identify as islands, collided with the area and became welded onto the Australian continental mass; and a number of areas of ocean floor uplifted to form very shallow seas interspersed with deeper channels.

LET THERE BE LIMESTONE

These areas became the home of both vast and small coral reefs, where large deposits of limestone were formed. These remain today, and are home to the many cave systems of eastern Australia – from Buchan in Victoria; to Yarrangobilly, Wombeyan, Jenolan, and Wellington higher up in NSW; to Capricorn and Chillagoe in Queensland. Despite being very hard if you hit it with a hammer, limestone qualifies as a soft rock as it dissolves with rainwater (albeit over a very long time), which leads to the spectacular caves and their internal formations and deposits that today attract so many tourists.

The limey mud which dropped to the bottom of the ocean buried all forms of now extinct lifeforms, and today, rocks contain the remains of these organisms, from the earliest fishes in the world to other strange organisms.

A MONUMENTAL BREAK UP

For much of this time Australia was on or close to the equator, so temperatures were warm and sea life was plentiful, as we find along the Great Barrier Reef and other tropical reef environments today. It was only about 300 million years ago that our continent dipped into the higher latitudes, closer to the Antarctic continent, and the climate began to become similar to that which we see in northern Alaska today.

Glaciers and high latitude lifeforms and environments became significant, as the earth’s continents welded themselves into one giant ‘supercontinent’ known as Pangea. This began to break up about 175 million years ago, with one large chunk, known as Gondwana – containing the current South America, Africa, Madagascar, India, Australia and Antarctica – also beginning to break up about the same time. The final stage was the separation of Australia from Antarctica about 60 million years ago.

WRITTEN IN THE ROCKS

This entire story is written in the rocks of eastern Australia, over which we drive on our way up and down this expanse.

As the contestants and the officials headed towards Mudgee for Camper Trailer of the Year in November 2018, they were driving over ancient coral reefs, volcanoes, deep ocean trenches and shallow seas, through the tropics and the glacial waters that once spread across this corner of the world.