Race to the Cape: Part 2

We’ve recently regaled you with tales of our adventures, teased you with stunning photography of hidden paradises, and mapped out a route that’ll tick off some of the most stunning areas of Cape York without pushing your set-up to its limits, although if you’re after something more challenging, you won’t have far to stray.

So what’s left to know? Well — Just about everything by my count.

If you’re knee-deep in planning your own adventure to the far northern reaches of Australia, we’ve got a few parting thoughts divined from years of our own Cape adventures. You’ll no doubt come across all sorts of nonsense online. Everything from needing a full-blown comp-truck to take on the tracks, to being able to do them in a Mazda 3. You’ll hear of the right and wrong times to travel, and how if you misjudge things by even an hour you’re faced with either baking 50 degree days or metres of rain in an hour. You’ll hear how the place is torn to shreds while, simultaneously, also nothing but a bitumen highway with a few tourist destinations along the way. They’re all right, of course, but only from their own experiential perspective. 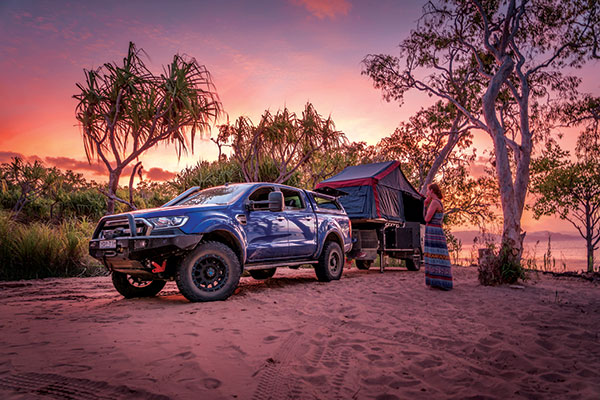 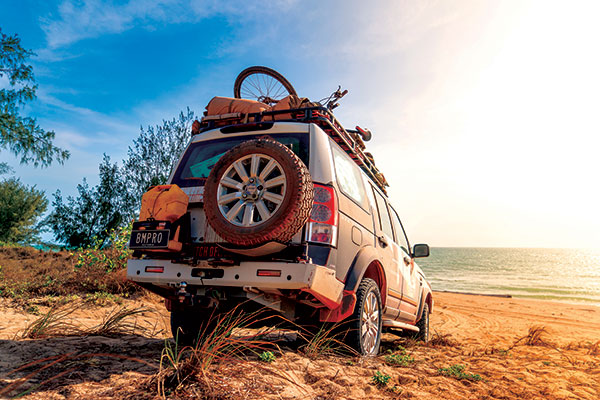 THE TRACKS ARE ALL TRASHED

If you’ve read a guide to Cape York, you’d no doubt be familiar with the step by step approach to each and every obstacle: “drive in 0.5m, turn steering wheel 27° then apply 15% throttle.” It’s all nonsense. For months at a time most of the river crossings are literally metres under water; over the wet season around 1700mm of rain falls across the cape, eventually finding its way into the rivers and tributaries that feed them. For comparisons sake, Melbourne, Australia’s wettest city, gets 10 per cent less rain throughout the whole year than Cape York sees in just the wet season alone. The point is, an unfathomable amount of water courses in and out of each and every river crossing year in and year out. A crossing that’s nice and flat one year might be dug out and eroded the next year you come through. The year after? It might be half a metre back and smooth again. The tracks ebb and flow each and every season and what might see every 4WD winching their way out in May might be driveable in 2WD just a few months later.

Over the last few decades plenty of bypass tracks have been dug in that either offer an easier line through an obstacle, or completely avoid it all together. If you come in a jacked-up monster truck towing a Patriot you’ll find plenty of stuff to excite you. Head up in a two-inch lifted Prado towing a forward fold camper and you’ll have plenty of options too.

YOU’LL HAVE THE TIME OF YOUR LIFE

I’m yet to meet a single person who hasn’t absolutely loved Cape York...after the fact. They’ll wax lyrical about their grand adventures, recounting sunsets of gold and orange as their camps roared into life each night. They’ll tell you of the life-altering feeling of realising just how small we are compared to the great expanses of Australia, and how just much more of Australia there is than the small circle we surround ourselves with. They’ll remember fondly the buckets of prawns, the campfire feasts, and how easily their cold brews went down as the fire roared and the shore lapped just metres away.

They won’t remember the heat. They won’t remember the flies. They won’t remember the times when it all goes wrong and you’re reaching for the winch rope out of necessity to make camp before nightfall. Make no mistake, an adventure of this magnitude is something that will leave everyone with fond memories. But there will be long days, and there will be hot days. Expect the best, but plan for the worst. An extra day or two up your sleeve allowing you to take things slower if needed are all it takes to knock the edge off and make sure everyone in the 4x4 is loving life, not just the nut behind the wheel looking for rivers to drive through.

I’ve been lucky in my travels up north. I’ve never waited in queue for a ferry, I’ve never searched for a vacant space among the towels and boom boxes at Fruit Bat Falls, and I’ve never drowned my 4x4 to an audience all eager to play sideline quarter back telling me how they would have done it all while congratulating themselves on their superior abilities. But my experiences are far removed from many others. The reality is Cape York has never been more popular than it is now. There’s booking systems for campgrounds, thousands upon thousands of tourists heading north, and serviced toilets and bins at places you’d almost think were in the middle of nowhere.

Cape York can be a tourist trap. You can have to stand in line waiting for your chance for a quick snap at the iconic sign before shuffling off. And you can be camped up with a dozen other campers all close enough you’ll hear each and every lyric blasted from their stereos. But it doesn’t have to be that way. Speak to your kids teachers, come up with a lesson plan, and head up outside of school holidays. Early in the season is generally quiet, but you’ll face higher than usual river crossings, ungraded roads and considerably more mud. Head up later in the season and many of the crossings will be little more than dry dirt ramps. You’ll have the place to yourself but dust and fly levels will be high. Think of it like a choose your own adventure. Decide what type of trip you want, and plan accordingly.

YOU CAN DO IT IN A HYUNDAI

I’ve heard this comment countless times, and I’m sure I’ll hear it countless more. It’s something that sprang to mind when I was below the high-tide mark at the coloured sands. I laughed as I thought about it again while azure blue water lapped at my windows on the Old Tele’ Track. And I got a little miffed by it as my fully loaded 4WD bobbed through the impossibly deep Scrubby Creek. Sure, you could possibly drive a Hyundai to the tip of Australia — If you didn’t venture off any of the main dirt roads, if you parked in the hard-packed dirt car park and hiked your way to the tip, if you kept driving every time a sign enticed you to explore a side track, and turned around at every ‘4x4 only’ sign you came across.

The adventures of Cape York are alive and well, they’re just not on the main roads.

As the years go on it’s getting harder and harder to remember a Cape York season I haven’t dipped my toes in croc infested waters. I’ve taken it on in every direction, driven most of the iconic tracks, and watched the sunrise over the water in the morning, just to watch it set over the water that night. I’ve got fond memories of bonfires on deserted beaches with nothing but a few friends to keep me company, I’ve stripped engines on the side of a river bank to flush out water, then dragged campers through the same river a few months later, although this time it was bone dry. There’s not much predictable in Cape York. In fact, the only one constant between each adventure is just that. The adventure. There’s always something new to find. Some new track to drive, or beach to camp on. There’s countless tales to hear still, some taller than others. And sure, there might be a bit more bitumen up there than years gone by, but I can guarantee in a few months’ time I’ll be strapping on my boots, loading up my swag/tent/camper and heading north again. Cape York might not be the last bastion of remote Australia many people think it is, but it’s still a once in a lifetime experience, no matter how many times you do it.