Leaving Perth on an early weekday morning the envious stares of work commuters scorched through the ’Cruiser’s tinting like bitter searchlights. Little Priuses and Getzs scurried out of the way of our five-tonne load as we gleefully headed for the freedom of the open road. Escaping Armadale and climbing up the Albany Highway, the boredom of the bitumen ensued, with ‘spot the speed camera’ the only reliable entertainment.

We were off for a well-earned summer break. Our noses had been at the grindstone for far too long and we were lusting for the open road again. Our Australian Off Road Odyassey camper had been festooned with spider webs and dead leaves. The LC200 had been moping for months, her engine growling at each start, “blow this Toorak tractor gig — get me out into some dirt!”

The town of Williams, halfway to Albany, was our first stop. We’d intentionally made this first run a short one. Our cousin Julie from distant England had joined us on our trip and had left her -9°C home only two days earlier, so we didn’t want to overwhelm her too early on. We’d already given her a no-holds-barred rundown on the agony and ecstasy of camping life to avoid any unrealistic expectations. Our wires seemed crossed, however, when she asked, “Do the tents have air-conditioning?” and, “Will I need an adaptor for my hair straightener?” 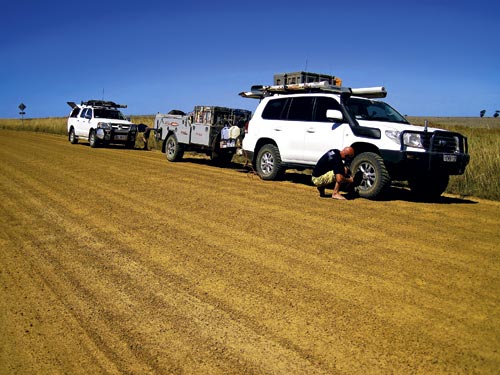 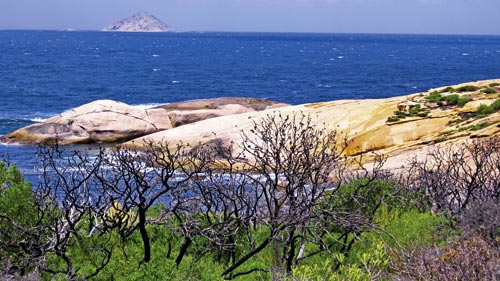 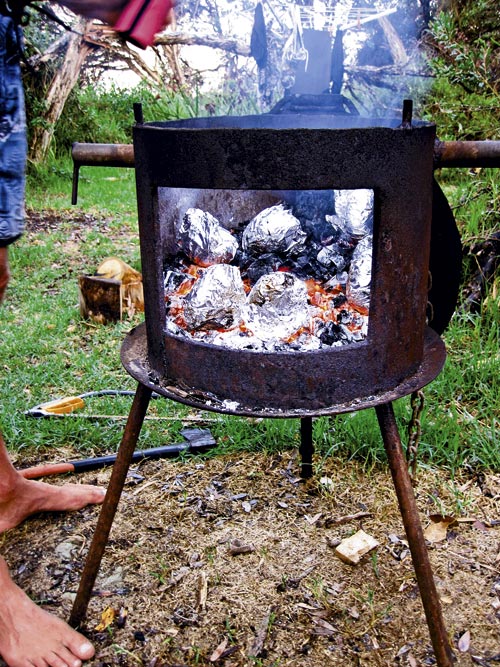 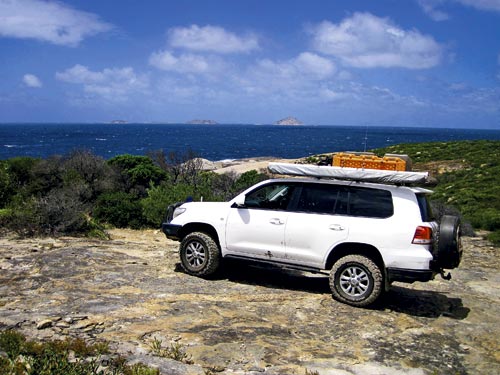 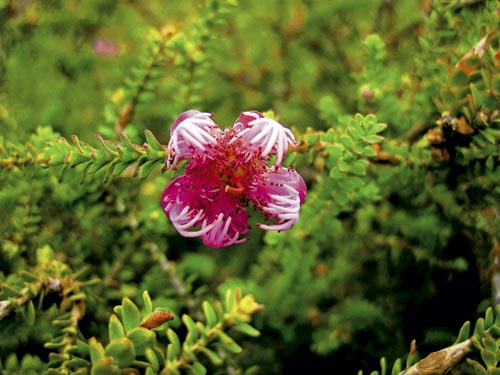 Let’s hope her tongue was firmly in cheek.

Julie was shoehorned in the back seat between the kids and must have been relieved to arrive at Williams and stretch her legs, try out her accent and wither in the 40°C heat. We quickly sought the comfort of the ’Cruiser’s air-conditioned cabin and hit the road again.

Our friends, who were travelling with a HiLux and a tent, joined us at Ravensthorpe. The stop gave us the opportunity to try out the new Long Ranger tank we’d recently had fitted…gulp. We seemed to stand there forever as people came and went while we filled. Curious patrons peering from the roadhouse were probably wondering what we were planning to do with all this fuel.

The goal for the night was Stokes National Park, and the iPad and large-scale Hema Stokes NP map navigated us precisely down Torradup Road and onto Springdale. This was fortunate as nothing was signposted. A large sign emblazoned “4WD only” brought huge grins to our faces and we pulled over to air down. The track into Margaret Cove or Skippy Rocks (depending on your map) deteriorated into very boggy sand. We let the HiLux go first in case our rig got bogged and needed a snatch. Fortunately this didn’t happen and the ’Cruiser idled through, effortlessly handling the deep sand — good tyre pressures, I guess.

Skippy Rocks campsite was a pleasant surprise and there was not a soul to be seen. The campground consisted of nine sites, with six smaller tent sites and three for caravans (one was a pull-through site), although the track seemed boggy for a caravan at this time. The sites were protected by lush coastal bush and the sounds of crashing waves echoed everywhere.

We walked the paths, went beachcombing and bodyboarding, and breathed in the salt air as the big waves pounded the rocks. The clean white powdery sand squeaked as we walked, massaging our bare feet. What a wild and beautiful coast to have all to ourselves!

A total fire ban thwarted plans for a campfire that night but Julie — in the absence of smoke — did a fine job directing the mozzies away from the rest of our crew like some kind of cursed reverse coil. By the next day her legs were a mess, so out came the antiseptic cream and antihistamines and reinforced recommendations of covering up at dawn and dusk.

As lovely as Stokes was, we dragged ourselves away and headed towards our ultimate destination, Duke of Orleans Bay. It is situated between Cape Le Grand and Cape Arid National Parks, 83km east of Esperance. We’d managed to secure a site at ‘The Duke’ caravan park and set aside a whole week to absorb some of what we consider to be the most picturesque and breathtaking beaches in Australia.

The Duke is the playground of Esperance cockies and the beached-starved folk from Kalgoorlie-Boulder. It is clean and well-managed but don’t come here if you are looking for five-star luxury because that isn’t what it is about. It’s location, location, location, with access to magnificent beaches.

When you arrive you get a great hand-drawn mud map of the area. The Duke is nestled on a peninsula with beaches all around. Our days usually began with a walk on the beach right behind the caravan park, a lazy breakfast and copious amounts of fresh coffee. Next we loaded up the ’Cruiser with boogie boards, drinks, food, towels, diving gear and fishing rods. The map takes you to a series of roads or tracks that always lead to a beach. Wharton Beach is a winner — great waves, azure water, squeaky sand, great fishing off the rocks or diving. Get there early, back up to the dunes, set up the annexe, pull out the chairs and relax. This entertainment can last for several hours every day until you are either burnt to a crisp or just plain worn out. Let me tell you those waves really sap your energy.

We all got new boogie boards for Christmas and the kids were given a new skim disc each. We towed them along the surf line, frictionless at high speed. What they don’t tell you on the packet is the toll it takes on the tower; on ya, Dad! Wetsuits protected our skin and saved us from the energy-sapping chill of the Southern Ocean. Bring plenty of 30+ sunblock. Julie considered buying shares in Cancer Council Australia as she lathered another layer on her lily-white skin, circumventing third-degree burns.

There are plenty of drives to take you to places where people are not. Drive the complete beach at Big Wharton, across the tidal flats and some boggy stuff to Victoria Harbour and other hidden coves. We spent another day negotiating the difficult tracks up around the back of Mount Belches — be warned some of these are perilous and can deposit you on beaches with no escape. Prepare to have the paintwork scratched and the underside dinged — in other words, a great day’s 4WDing. We saw lots of wildflowers, emus and roos, the birds endlessly chirped and the kookaburras and cockies were cavorting.

The end of the day was always special. Returning to camp, we’d unload the ’Cruiser with powdery white sand coating the seats and carpets, and race to the welcome blistering hot showers to wash off the salt and sand, leaving a lazy blanket of lethargy as we staggered back to camp for a welcome beer or wine. Soon the fire was lit and a warm, welcoming atmosphere would envelop the campsite as the birds heralded day’s end on dusk.

The kids found a new and interesting use for our snatch block and spent early evening abseiling from the trees. Where do they get the energy? Cooking curly damper on a stick in the fire was a hit with the kids, and I must say when combined with lashings of homemade jam it was rather tasty. And who doesn’t enjoy toasting marshmallows over dying coals?

All good things must come to an end, but the end of our week came far too quickly. With work calling we had to hit the road home, along the way planning the next escape — the best cure we know for post-holiday depression.

> The weather around Esperance can vary dramatically in a short space of time, so be prepared.

> Orleans Bay Caravan Park aka ‘The Duke’ is south of Condingup on the Duke of Orleans Bay and has powered and unpowered sites. Phone (08) 9075 0033 or email orleansbay@bigpond.com for more information.

> Access to all beaches around The Duke is via 4WD. Access is possible into Cape Le Grand National Park. Visit www.dec.wa.gov.au for DEC WA National Parks Pass and fees.

> Duke Charters offers day-long tours on deep-sea charter-boat cruises which depart next to the caravan park. Phone Duke Charters on (08) 9076 6223 for more information.