Isolated, remote and challenging to get to, Cape Melville on the Cape York Peninsula is the dream destination for those who truly love to get off the beaten track. Wild but beautiful, Cape Melville National Park is a rugged oasis that rewards travellers who make the journey with a unique landscape of impressive granite boulders, sandstone escarpments, rocky headlands, inland dunes and the sandy beaches of Bathurst Bay.

The area had long been the traditional homeland of several Aboriginal clans who today collectively identify themselves as “Saltwater People”. The descendants have maintained a strong connection to the land and sea and there are many cultural sites on the mainland and on the offshore islands.

The drive north towards Cape Melville will take you past Muck River, a good fishing spot and a prime location to see the estuarine crocodile. Sandflies are an issue here though, so vigilance in covering up and using repellent is highly recommended. 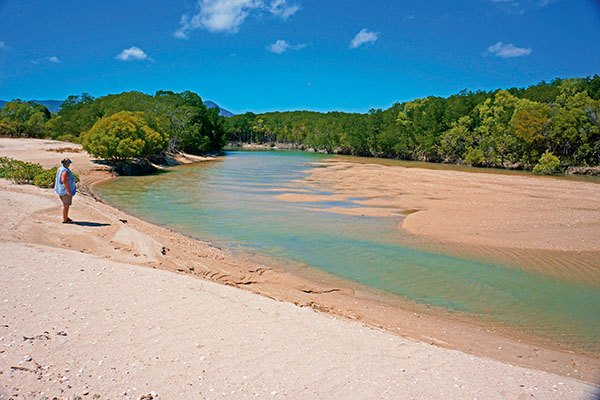 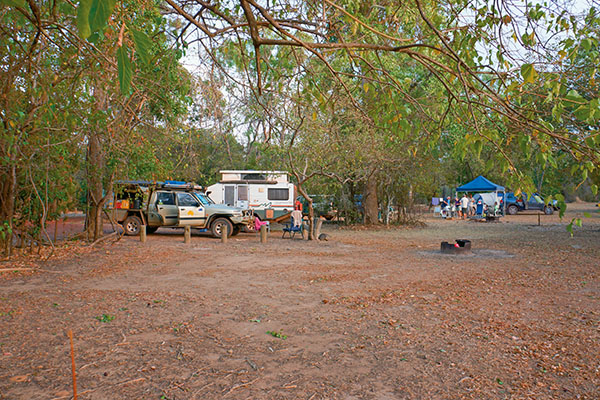 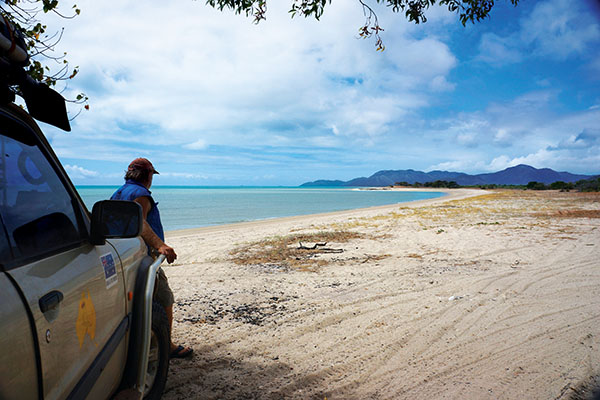 The inland track to the black, rocky headland of Cape Melville drops down onto the beach proper about 5km north of the main access track. If you’re observant, you’ll also find the wreckage of a WWII B-24 Liberator bomber at low tide, which crash-landed in the latter days of the war. Parts of the fuselage can be seen offshore and some of the plane’s engines are often visible. If you are really lucky, the remains of a Douglas C-47 Dakota ditched into the sea in March 1945 can also be seen.

Further along the beach, a junction to a faint, inland track leads to a several hundred-metre walking track to the Pearlers Monument, established in the aftermath of Cyclone Mahina, which swept through the region in March 1899. The monument lies close to the rocks that form the southern-most edge of the great bulk of Cape Melville.

The Flinders Group islands, annexed within Flinders Group National Park, are accessible by tinnie when weather permits as conditions get choppy beyond the protection of the mainly low lying coast.

A recent Queensland Museum expedition uncovered many species previously unknown to science within pockets of the rainforest amid the vast stone, including the Cape Melville leaf-tailed gecko, a golden-coloured skink and a boulder-dwelling frog.

The black rocks of Cape Melville also hid, up until about 20 years’ ago, stands of what became known as the foxtail palm. These distinctive, endemic palms with their brush-like fronds and bottle-shaped trunk were illegally collected for years until a campaign to farm and distribute them commercially took the pressure off this wild population.

The bay and the adjoining scrub and rocky hills also play host to varied birdlife, including the spectacular sea eagle and ospreys, while waders of all sizes and beach stone-curlews patrol the shallows or nearby sand. Inland, channel-billed cuckoos and red-tailed black cockatoos can be seen and heard within the scrub, while brolgas and black-necked storks march along the edge of the swamps in among large groups of magpie geese.

Although there are a couple of designated camping areas along the beach towards Cape Melville, these are not suitable for trailers, caravans, campervans or buses. All camping must be booked prior to arrival.

The nearest available facilities and fuel to Lakefield or Cape Melville are at the small settlements of Laura and Musgrave.

Rinyirru (Lakefield) National Park (CYPAL) is closed each wet season. Some camping areas will open on June 1, others on July 1, subject to road and weather conditions. Visit parks.des.qld.gov.au for camping permits and details.

Check out the full feature in issue #86 March 2015 of Camper Trailer Australia magazine.