Camper brings you the 10 Aussie destinations from deep in the outback where the stars shine the brightest.

There’s nothing more magical than camping beneath a blanket of stars. Our stunning country, with its predominantly vast, uninhabited land and clear night skies, provides ideal astronomical conditions for stargazing. You’ve just got to know when, where and how to look up.

Fortunately, we’ve done the hard work for you and narrowed down some of the best destinations for seeing stars in the country, along with convenient campsites nearby. Being mindful of moon phases and weather conditions, we’ve also thrown in tips on how and when to best photograph stars, while contemplating their unique interstellar significance.

So get ready to see stars in your eyes for the ultimate celestial camping experience. 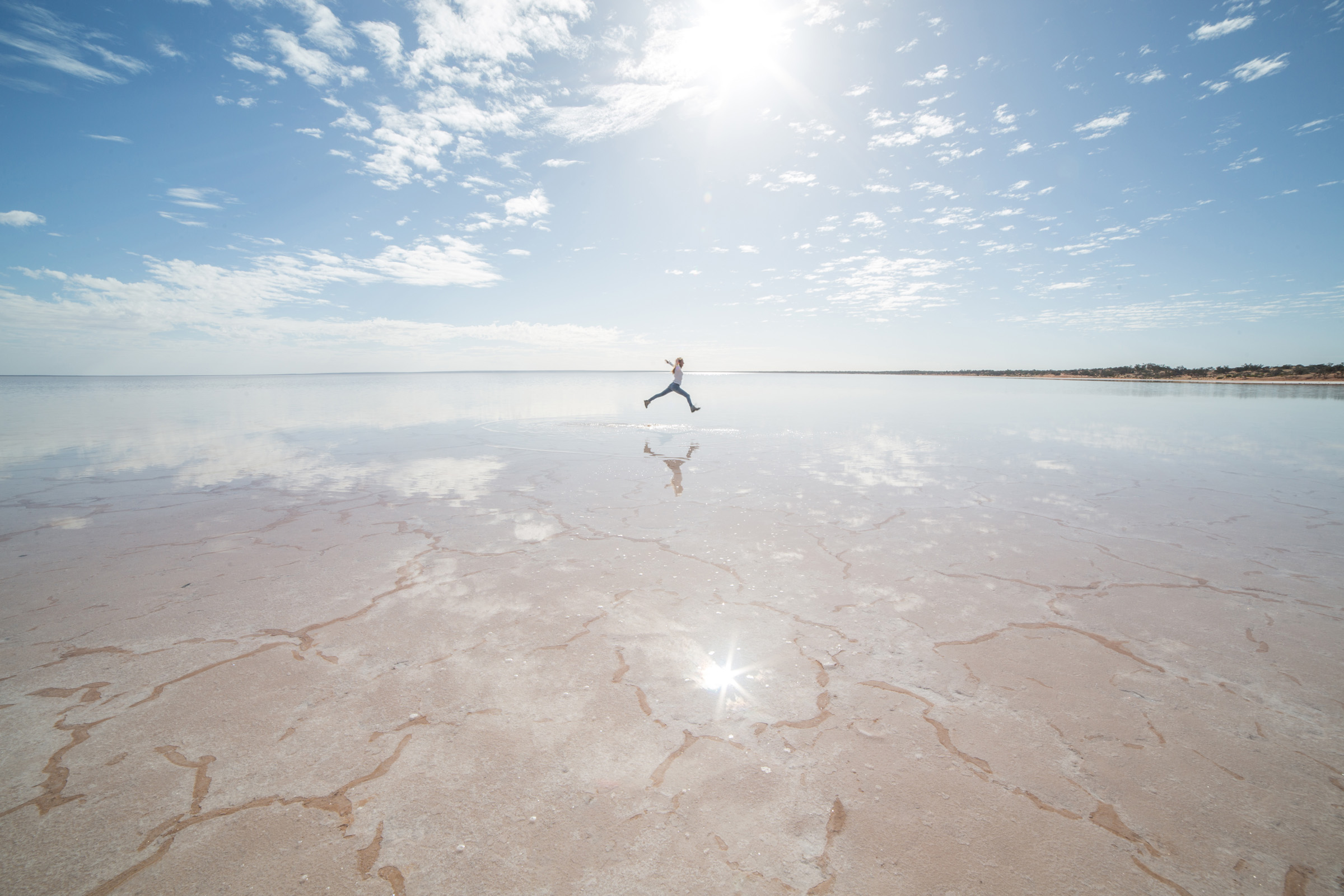 With some of the clearest skies in the southern hemisphere, the tranquil remoteness of Arkaroola Wilderness Sanctuary in the magnificent Flinders Ranges makes it an idyllic spot for stargazing. Adopting a Dark Skies policy, light pollution is naturally not a problem (the nearest town is Leigh Creek some 130km away). For astronomy enthusiasts, there are even three privately owned observatories to check out. Arkaroola also provides tours that will open your mind to the intergalactic vista on display, while the campgrounds are the perfect spot to pitch for the night.

Lake Eyre is under eight hours drive north from Arkaroola and at fifteen metres below sea level it’s our country’s lowest point. Being so buried in the middle of nowhere, it’s one of Australia’s darkest spots, making it ideal for seeing stars. If there’s any water in the usually dry lake, following on from floods, the reflection of the cosmic spectacle on the glass-like surface further enhances this momentous experience. Contemplating the unknowable extremes of the universe takes on an entirely new dimension when you combine it with the unique isolation felt at this otherworldly location.

The limited artificial night-light at Uluru means that the moon and the stars are the only illuminating source. Being pretty darn far from sweltering, muggy coastal regions, the low humidity also ensures a clear view. Therefore there’s nothing to interfere with the sky’s radiance. What’s more, with the impending closure of climbing the famous rock, star tours and talks have become the new thing to do at Uluru.

Where to stay Ayers Rock Campground

Nestled within the awe-inspiring Warrumbungle Ranges is Australia’s only official Dark Sky Park. Thanks to its low humidity and high altitude, it boasts unblemished night skies. To give you a sense of the dazzling array, we’ll point out there’s a world-class astronomy research facility at neighbouring Siding Spring Observatory, which houses the country’s largest optical telescope. But it was British-Aussie astronomer Robert H McNaught’s discovery of the celebrated daylight comet C/2006 PI (the brightest in decades) that makes this place renowned for interstellar marvels. Thirty-five minutes from Warrumbungle is Coonabarabran, which is affectionately known as Australia's astronomical capital.

Where to stay Camp Blackman

Scanning the southern skies of expansive Alice is equally appealing. If you want, you can pair it with the interpretations of an award-winning astronomy tour like the one at Earth Sanctuary World Nature Centre, which promises to share ancient multicultural stories of our creation that will ‘open your mind to the galaxy’. Alternatively, you can hack it yourself out bush, in the MacDonnell Ranges, Trephina Gorge, or Finke Gorge National Park. Just remember, the flatter the landscape, the less obstructed the firmament.

If you’re looking for a bit of elevation for your stargazing, the staggering 360-degree views upon the summit of 966m Mt Maroon will certainly suffice. It may take a couple of hours to carefully climb the incline on foot (and it can get extremely cold up there) but it will be worth it when you capture the magnificence of the southern night sky that’s absolutely unblemished by artificial light. Note that all campsites within Mount Barney National Park can only be reached by foot, so you’ll have to station the camper trailer somewhere safe for an overnighter!

While it boasts picturesque panoramic views that are breathtaking, along with deep blue waters that beckon a multitude of aquatic adventures, Lake Moogerah is also a superb spot for stargazing. Although it’s just an hour’s drive from Brisbane city, within the Scenic Rim region, it reassuringly maintains low levels of light pollution, therefore delivering dark skies that are ideal for a distinctive stargazing trip. You’ll be well positioned to experience the hinterland during the day, too.

Colossal mountains and escarpments rising from predominately flat valleys characterise Western Australia’s second largest national park, situated in the Hamersley Range just north of the Tropic of Capricorn. It’s the perfect place to become star struck by the hypnotic outback sky. There’s every chance you’ll see the spectacular sights of the Omega Centauri globular cluster, along with the ‘Jewel Box’ that is considered one of the finest constellations in the southern sky.

Where to stay Dales Gorge Campground

In the Aboriginal Wajarri language Ningaloo means ‘deep-water’ and this simply stunning World Heritage Site (Australia’s largest fringing coral reef) on the north western coast is home to a plethora of colourful sea life. However, the galaxy above is equally impressive. With nothing but empty ocean to the north, and large uninhabited areas on the surrounding mainland, artificial light is at a barebones minimum. Therefore the stars in the Milky Way shine brighter than you can imagine.

Where to stay Various sites in Cape Range National Park

The end of this list has snuck up on us and there’s too many places in WA that we haven’t mentioned yet. When you’re next out West, check out the night skies overlooking Mt Augustus, the lunar-like dunes of The Pinnacles and the striped beehive-shaped Bungle Bungles of Purnululu National Park — the astonishing structure of which is thought to have been the result of an ancient meteorite. All are ideal dark sky locations to marvel at the magnificence of the forthcoming sight of the (thankfully benign) 200 year-old Geminid Meteor Shower in mid-December.

Cost $11 per person unpowered, $33 for couple on powered