From our snack recipes to our songs, our public holidays, and even the suspension set ups in our 4x4s, it’s become clear Australia isn’t big on change. Year after year manufacturers have butted their heads against the wall trying to convince us of the virtues of whatever new product they’ve devised. Sometimes we’re right, and hold fast until the manufacturer buckles and gives us what we want. Other times, the changes stand the test of time until we eventually all accept they were for the best and move on with our lives.

We’ve seen it with the rise of independent suspension and common-rail diesels, as even new and unproven brands like Isuzu enter the market, only to be accepted as one of the pack a few short years later. It’s this big upset we get every few years with Chinese manufactured 4x4s trying to gain a foothold on Aussie soil. In almost all cases the public has been proven right. The products are inferior, the prices not cheap enough, and the reliability simply not up to the task of punishing Australian conditions. The end result is the manufacturer ends up slinking off with their tail between their legs. But there’s a catch. The Australian new car market is worth around $41 billion a year, there’s a lot of manufacturers keen to take a slice of the pie, and they’re going to keep trying till they get it right.

The latest manufacturer to set their sights on the Aussie market is Chinese based LDV with their brand-spanking-new T60 Luxe and Pro models. We recently headed out to their official launch to drink their booze, eat their food, and see if we could break their utes while no one was looking. 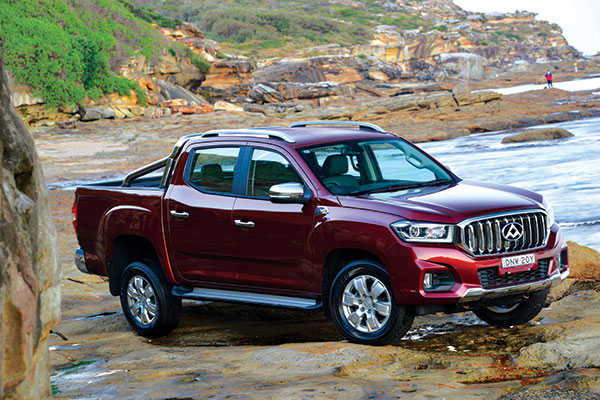 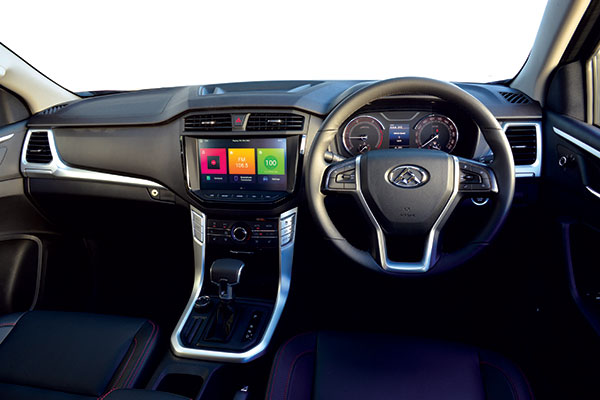 WHAT THE FLIPPIN’ HECK IS AN LDV?

So you’ve probably never heard of LDV, but they’re hardly a young upstart. In fact, they’re one of the longest running manufacturers of commercial vehicles in history. The L, in LDV stands for Leyland Motors, who have been punching out commercial vehicles for over 120 years, right back to timber-constructed steam-powered wagons. The D stands for DAF Trucks, a Dutch company building everything from vans right through to semi-trailers. They’ve been screwing them together since right before the outbreak of WWII so have a reasonable handle on things by now. In 1993 the pair combined to form LDV (or Leyland DAF Vans) and set to work building no-nonsense work-horses out of the UK. Over the next 24 years the owners changed hands a few times before finally being bought by SAIC, one of the ‘big-four’ Chinese manufacturers who produce their own lines as well as licensed vehicles for Volkswagen and General Motors. SAIC alone pump out roughly six million cars a year. To put that into perspective that’s one complete car rolling off the production line every five seconds, 24 hours a day, seven days a week, 52 weeks a year. If Australia was five times the size SAIC alone could manufacture enough vehicles to meet our demands. That’s around 10 per cent of total vehicles manufactured worldwide by the people steering the ship at LDV, but is it enough experience to build a uniquely Aussie vehicle for our uniquely Aussie conditions and requirements?

First things first, how well are these things screwed together? The most obvious stand out are they’re an all new body and frame, not a parts bin special they’ve bought the dies for after another manufacturer has finished their run. The panel gaps are even, paint rich, plastics not plasticky. Wrapping your knuckles along the body you get the impression it’s at least comparable to its peers, which is a bloody big compliment compared to previous Chinese offerings. If it came with a different badge you’d easily be forgiven for thinking it came from one of the more traditional manufacturers we’re used to.

They haven’t gone the cheap option on components either. They’re keeping mum on exactly what’s gone into the construction, but from the transfer case right through to the fuel injection system there’s brand name gear. It gives a little bit of confidence when dealing with a relatively unknown manufacturer that the vital components are pieced together by some of the biggest names in the industry.

More importantly for some safety-conscious buyers, the T60 is actually safer than a few of its peers, recently picking up a 5-star ANCAP rating. There’s a whole bunch of tech required to achieve that score but the big stand outs are a 16 out of 16 in the side impact testing and a 14.46 out of 16 in the frontal offset test. For comparison’s sake the current generation VW Amarok and Isuzu DMAX initially only scored four out of five stars with less strict testing procedures.

So how does it perform offroad? To find out we punted it through a mix of high-speed dirt roads, corrugations and back country towns then through plenty of steep climbs and descents. The Pro and Luxe are both equipped with differing suspension which drastically affected the way they both handled each obstacle. The Luxe is fitted with their ‘comfort’ suspension, giving the top-tier ute a softer, and more willowy ride. Through the rolling back country roads it’d float through the corners and clear across the bumps. It did feel a little soft in both springs and shocks but would be bang-on for running around town. The Pro model receives their ‘heavy-duty’ suspension. The heavy-duty offering stiffens up the ride considerably which will limit offroad articulation, but also adds 180kg to the payload, and an extra 100kg to the GVM and GCM, so choose wisely, although both can carry their maximum GVM and still legally tow their 3000kg maxed braking capacity.

In the offroad specs department the T60 is comparable to almost all its rivals. Flicking the 4x4 dial into low-range and the transfer case electronically selects the 2.48:1 ratio (bang on with market leader Ford Ranger and revered offroader LC80) which helps the otherwise uninspiring diesel ‘get-er-dun’. While it is one of the largest bodies in its class we didn’t have any issues going through the undulating test-tracks either in large part to the breakover angle being almost bang on that of an LC200 (21.3 vs 21 degrees). In either case, as with most 4x4s a set of bar work front and rear as well as a suspension lift will drastically change the way it performs on and offroad.

If you’re after a pure offroader, the Luxe is definitely worth digging a little deeper into the pocket initially. After market upgrades will be limited, but the Luxe picks up a factory diff locker in the form of an Eaton mechanical locker that automatically engages if it senses wheel slip.

Under the LDV’s aggressive front end is a 2.8L turbo-diesel pushing out 360Nm from 1600rpm right through to 2800 rpm with peak power coming in at 110kW at 3400rpm. It’s one of the lowest power outputs in its class although with such a wide spread of torque does make it usable, especially when teamed with the six speed auto ‘box.  If the engine looks familiar it’s because it’s built under license from Italian diesel-experts VM Motori who currently produce the diesel burner in both the Jeep JK Wrangler as well as the current generation Holden Colorado, although in the Colorado’s case it’s re-branded as a Duramax. Despite being under-powered from factory, the 2.8L donk should be easily upgraded through tuning as both the Jeep and Colorado punch out 33 per cent more power at 147kW with the Jeep making 460Nm and the Colorado pushing all the way to 500Nm.

Like it or not, any Chinese imported ute is always going to start life on the back-foot. To get on any sort of even keel with the traditional manufacturers, they’ll have to either slash prices, or greatly add features. LDV figured they’d do both. Starting from the bottom the T60 in Luxe and Pro both sport four wheel disc brakes which is only currently found in the big-buck VW Amarok. There’s alloy wheels all-round, as well as a bunch of safety systems like LED daytime running lights, blind spot monitoring, and even adaptive headlights that’ll track the road as you spin the tiller as well as heated mirrors for defrosting on cold mornings.

On the inside and the Luxe picks up full leather trim as well as electric front pews but the big ticket item is the infotainment system. Measuring in at a huge 10in, it dominates the dash and dwarfs its competitors. The simple lay out and large size actually make it an incredibly simple arrangement to use, although it is lacking in a few features. It’s designed primarily to plug your phone in through either Apple Car Play or Android Auto and run off your phones maps, music, and phone system.

Look I’m not going to skirt the obvious, the LDV T60 isn’t as nice as the pointy end of its class, but it’s also close to half the price of some of those 4x4s, and an extra $20k in your pocket could mean you’ve got a T60 and camper trailer for the same price as a Colorado by itself.

There’s been plenty of also-ran Chinese 4x4s aiming to enter the market on price alone, with quality just scrapping by, but the LDV isn’t one of them. It’s well built, well equipped, and performs well on and offroad. Factor in it comes with a five year, 130,000km warranty and it starts making a whole heap of financial sense. Would I buy one and set off to live in the Kimberley for a year? Probably not. But if I was after a nice, affordable ute that could do family duties and lug around a mid-weight camper trailer it’d be damn hard to look past the T60.

Check out the full tow test in issue #121 of Camper Trailer Australia magazine. Subscribe today for all the latest camper trailer news, reviews and travel inspiration.