The Widows of Wine: The First Women in Wine

Let’s take a look at the women who triumphed in an industry saturated almost exclusively by men.

Today, half the people who possess the prestigious Master of Wine title are women, but back in the day a female winemaker was a rare exception. Because women couldn’t own property, the only way for a woman to make and produce wine was through the rather bleak means of inheritance, whether it be through the death of a husband, father, uncle, or brother — someone had to die for a woman to get her hands on some vines.

Did you know that “Veuve” is the French word for widow? You might recognise the word from the label of one of the most internationally regarded Champagne Houses — Clicquot. In fact, the iconic orange-labelled “Veuve Clicquot” was the world’s first champagne label and is the most famous product produced by the Widow Clicquot, the first woman in wine.

Madame Clicquot — otherwise known as Barbe-Nicole Ponsardin-Clicquot — was the first woman to run a Champagne house, and the first of several widows to influence and innovate the wine industry. In 1805, at the young age of 27, she inherited the House of Clicquot after the death of her husband. With no formal training and despite wine sales stalling initially, Madame Clicquot persisted, producing the first vintage wine from her vineyards in Bouzy from the famous harvest of 1810. She also created the modern form of Pink Champagne by the addition of red wine to sparkling white, developed the distinctive shape now recognised as the Champagne bottle, and invented the riddling method — a technique still used in modern Champagne production. Madame Clicquot solidified the international standing of her House by defying blockades after the Napoleonic Wars to export wines into the cellars of the Russian nobility. Tsar Alexander himself loved her wine, decreeing that it was the only kind he would ever drink. Following in Clicquot’s footsteps, the widow Louise Pommery took over the reins of the House of Pommery upon her husband’s death in 1860. She changed the house from a producer of still red wine to sparkling white wine. Louise Pommery invented “Brut” Champagne for Queen Victoria — a fellow widow — which absolutely exploded in the British market. Before Pommery, champagne was a very sweet affair usually served as a dessert wine in little glasses. It was Pommery who turned Champagne into the dry taste we know and love today.

In addition to inventing “Brut”, Pommery popularised the use of underground pits and caves to store and age casks of wine in huge numbers and in temperature-controlled environments. She also built an estate to accommodate visitors and travellers to the Champagne region of France which is where — you guessed it — wine tourism comes from. Thanks, Louise!

Our third widow of wine is Elisabeth ‘Lily’ Bollinger. Widowed in 1941 at the age of 42, Elisabeth took over the presidency of Bollinger House, seeing it through the German occupation in WWII. She garnered international acclaim for the House of Bollinger by launching the Bollinger RD vintage in 1961, and the vintage Vieilles Vignes Françaises in 1969. Under her leadership, Bollinger became the official champagne of the James Bond films, cementing its status as the favoured drink of the “elite”. Leaving Europe for the New World, the Napa Valley was gaining ground as a viable and prominent wine region in the late 1800s. After her husband was shot and killed in 1882, Hannah Weinberger (great name for a vintner!) assumed control of their vineyard, distinguishing herself as California’s first female winemaker. She won a silver medal at the World’s Fair in Paris, establishing her wine as an equal to the wines of the Old-World regions. Unfortunately, Prohibition forced the closure of the Weinberger property in 1920.

Despite the significant setback that was Prohibition, one woman — Isabelle Simi — kept the winemaking tradition of her family alive by taking advantage of a loophole in the Prohibition Bill that allowed the production of “sacramental” and “medicinal” wine for the Catholic Church. Isabelle Simi was only 18 when her father and uncle died from influenza, and she went from supervisor to owner of her family’s vineyards and winery. Not only did Isabelle ensure the survival of her family’s estate throughout prohibition, she also saved the cellars from the great San Francisco earthquake of 1906. As soon as she inherited the estate, Isabelle set to work expanding the cellars and reinforcing them with steel beams. Her astute decision and prompt action meant the Simi estate was one of the few Wineries left standing after the quake. Because of Isabelle’s efforts, Simi Winery is the oldest continuously operating winery in California.

Today we have an abundance of women in the wine industry who are innovating and producing incredible varieties of wine. But without these early pioneers — the Vineyard Widows — it would be a very different story. So, next time you’re sipping on a glass of wine, spare a thought for the women all throughout history who turned tragedy to triumph and helped make that sip into what it is. 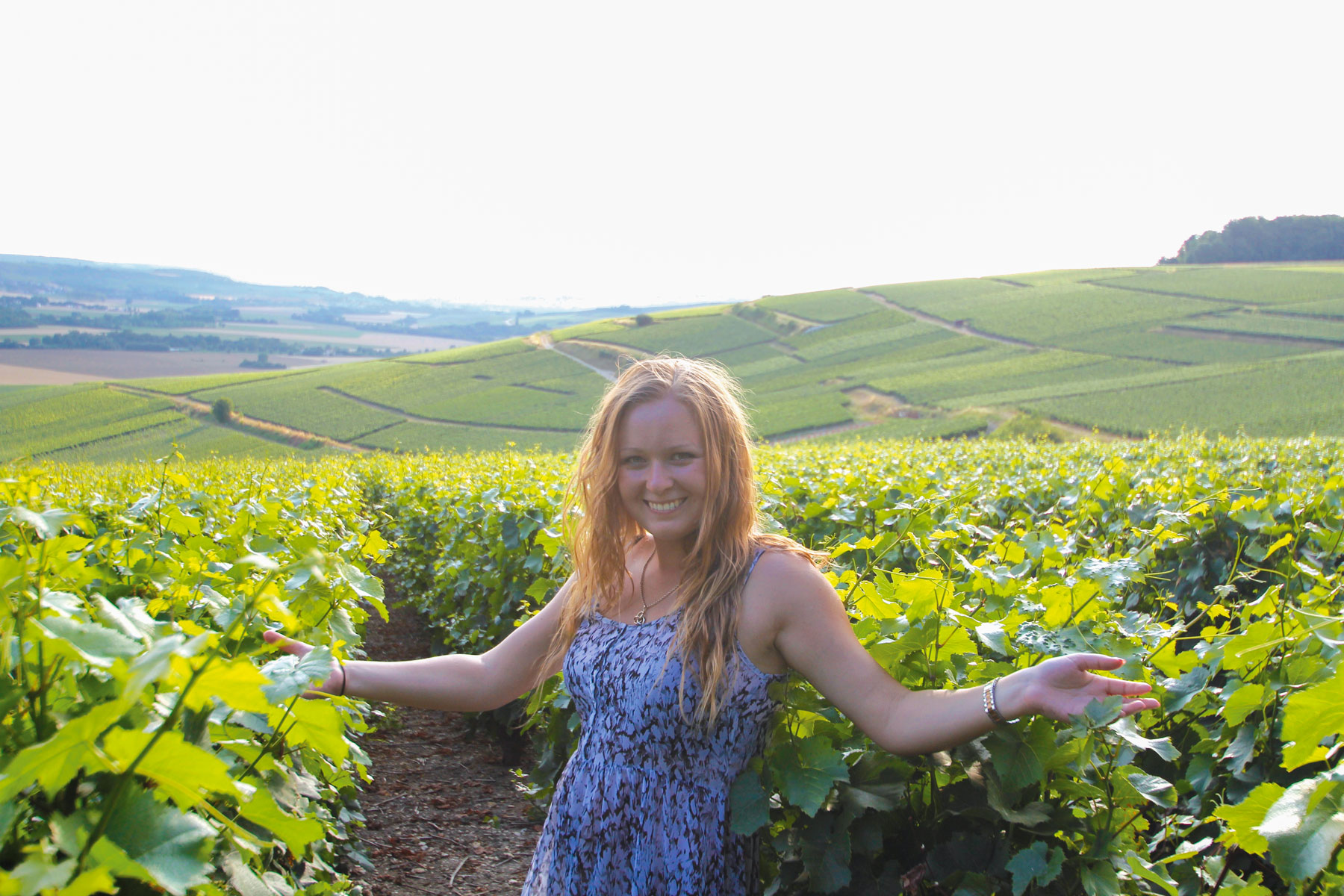 Probably one of the most recognisable champagnes on the shelf, it is one of my favorites. There are notes of brioche buns, nuts and apricots on the nose, which mirror on the palate with a strong citrusy backbone dominated by lime zest and fresh juicy green apples. This is everything a good champagne should be!

This is a very nice easy-drinking sparkling! Made from a combination of three Pinot grapes - Pinot noir, Pinot Blanc & Pinot Grigio, it has a beautiful light pink tint to it — oh how pretty! The wine is very floral with a hint of lime to finish — perfect weekend day drinking wine!

Poc Ma Bon Pinot Bianco comes from a vineyard that has been recognised as a UNESCO World Heritage site, so it is bound to be a special drop. Pinot Bianco, the variety, is a close cousin to Pinot Gris and performs very well in Northern Italy, where this wine is produced.? The nose is very floral with a hint of honeysuckle; then further producing notes of fruit like peaches and papaya. ?The tropical fruit is even more prominent on the palate, before finishing nice and sharp with ginger spice and lemongrass. If you're after an interesting wine to try, this one should definitely make the top of the list! ?

I am yet to find a bad Pinot Noir in a Yarra Valley Cellar Door, but this one punches above the line. Dark cherries and plum are dressed with some spicy notes, followed by hints of cacao, herbs and leather providing a very soft finish and hugging your taste buds.

Wine Festivals are Back on the Calendar