Looking for an adventure that combines history with fun?

In Part 1 of our exploration of Gwydir Shire, we showcased some of the region’s hidden gems, such as Warialda and Bingara. In this month’s issue, we explore Gravesend, North Star and Cobbadah. It’s not just their histories that make these towns so interesting. It’s their unique and niche offerings, attractions that you simply cannot find in larger towns or regions. So, make a cup of tea, put your feet up and read about your next big adventure!

Located 25km west of Warialda, the rich history of the town of Gravesend seems disproportionate to the town’s small size. Proclaimed a village in 1911, Gravesend expanded from a lone livestock station when it built a train station in 1900. Shortly after this, the town received a post office and a railway bridge, which was shipped over from England. The early 1900s was a period of rapid growth for the burgeoning town, with the town founding the Royal Mail Coach service around this time, promising ‘26 hours to Sydney’. History enthusiasts are likely to be drawn to the town’s historical graves, which date back to before its founding. 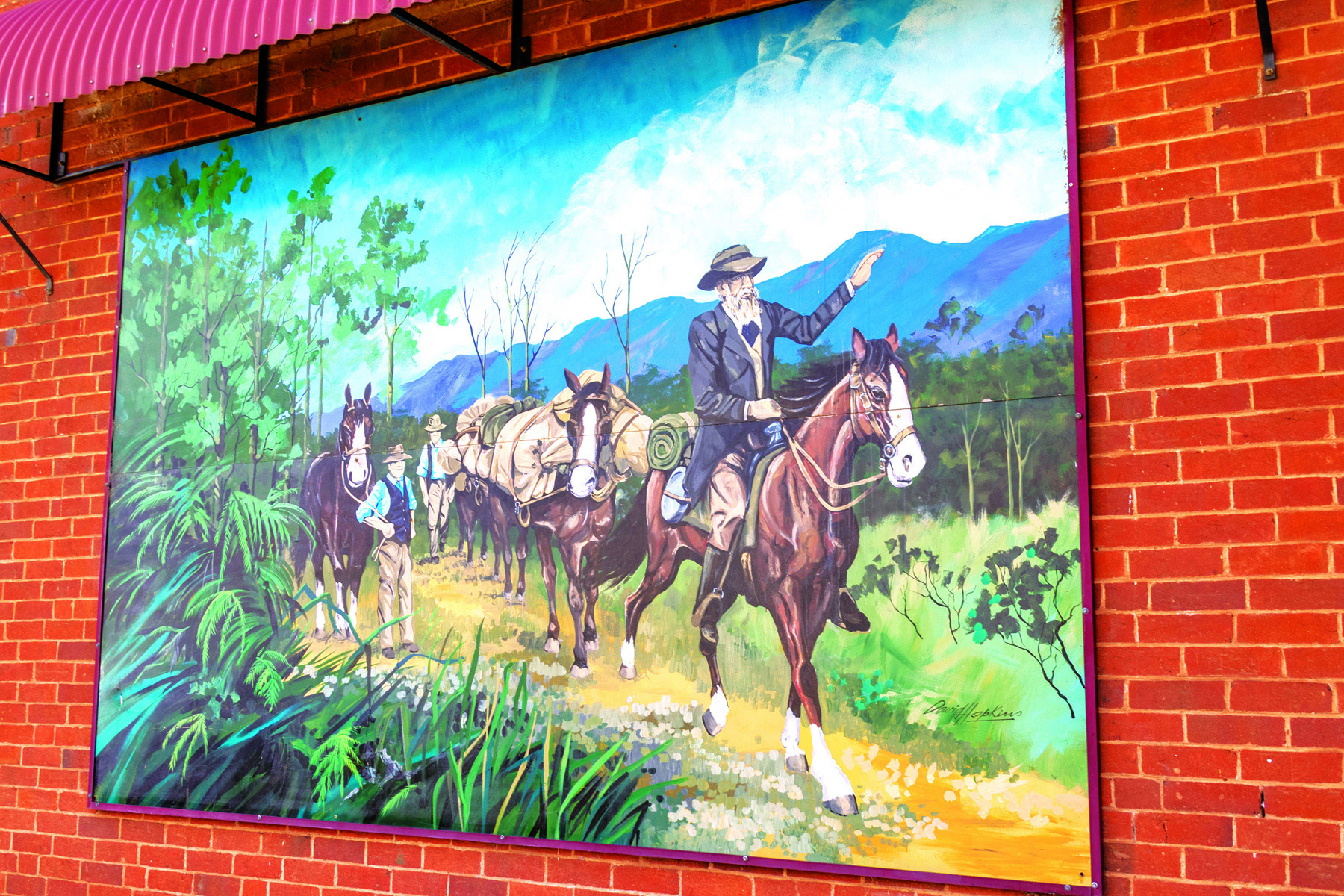 Horses were important to the region

The Gravesend Rodeo is undoubtedly one of the town’s most popular attractions. Held each year in February, the event showcases boothill bucking horses and ‘Hat Trick’, the town’s well-known bucking bull. If bucking bulls aren’t your thing, Gravesend has a beautiful lookout that extends a view right through to Moree. The town also has a fish farm, historic churches and the Gravesend Museum in Apex Park.

To explore this beautiful corner of the world, visitors to Gravesend can stay at the Warialda Caravan Park or the Bingara Riverside Caravan Park. There are also plenty of places for self-contained campers to pull up for the night and enjoy the peace of the Gwydir Shire.

Horses were important to the region

Cobbadah is a tiny town. In fact, it has only around 90 residents, but don’t let its size fool you. This town is certainly worthy of a visit. Cobbadah first appeared in government planning documents in 1863, and again in 1865 when a school was considered for the region.

By 1910, the town had its first church and had been fully gazetted. According to local historian, Betty Crowley, five original buildings still stand today — a deserted hut, the church, the post office and two farm houses.

Today, Cobbadah remains a small town that packs a big punch. Only 19km from Cobbadah, nature fans can visit the Horton Falls and Walks. While beautiful at any time of the year, the best time to see the falls is just after rain.

If the falls whet your appetite for more natural beauty, a short distance from Cobbadah is the Rocky Creek Gorge and Glacial Forms and the Split Rock Dam.

Australian fauna is easy to explore

As the northernmost point of Gwydir Shire, North Star was first proclaimed a village in 1928, making it relatively younger than some of its surrounding neighbours. The small town can be accessed via the Newell Highway, but if you’re after a scenic drive, Croppa Creek Road is a better option.

If you’re moving on from Warialda, the village is on the Boggabilla Road, which is one of the more popular routes from Gwydir Shire into Queensland.

Located 75km north of Warialda, North Star is well known for its War Memorial Park. The facility features barbecues, play equipment and amenities. Across the road from the park is a popular spot where self-contained campers often spend the night. The small town also offers a hotel, golf course, caravan park, polo ground, caravan park and showground — quite an array of facilities for such a small place! North Star is well equipped to host tourists, so why not use it as a base to explore the greater area? Just 60km from North Star is the Kwiambal National Park, which has gentle, rolling hills and lush greenery.

If it’s events you’re after, North Star has you covered. The North Star Trail Ride is a non-competitive dirt bike event that takes place in July and is a fundraising event for local community groups. In August, the two-day Polo Carnival attracts locals and visitors, or come and learn about the unique rural sport campdrafting at the North Star Bushman’s Carnival in September.

Even the streets are picturesque

WHAT ARE YOU WAITING FOR?

An interconnected network of beautiful towns, Gwydir Shire is just waiting to be explored. Whether you’re seeking lively events or the peace of tranquil surroundings, you’ll find it in Gwydir Shire